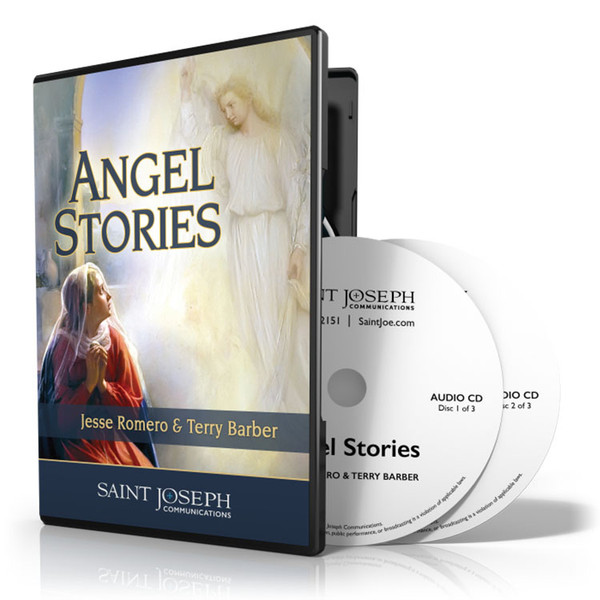 Angels are a hot topic today. Popular TV shows books and movies portray many conflicting images of these heavenly beings.

Now the hosts of the popular national radio program Reasons for Faith Live team up to share the truth about these heavenly messengers. Jesse Romero holds a Master’s degree in Theology and as a professed member of the Opus Angelorum (Work of the Angels) Terry Barber is uniquely qualified to join with Jesse in explaining the role of the angels in our Catholic faith and life.

Recorded live from “the Lord’s Gym” Terry and Jesse draw crucial insights on the angel choirs from the Holy Bible the Catechism of the Catholic Church and Jesse’s extensive formation in the Opus Angelorum.

Plus this dynamic duo takes phone calls from people around the country to share their own angel stories.

Filled with inspiring experiences of heavenly intervention this presentation will enlighten inspire and empower you with a deeper appreciation of the angels and the part they play in the Church and the lives of Catholics today.

Unbreakable: A Story of Hope and Healing in Haiti

Luther: The Rest Of The Story (Digital)

On Second Thoughts: A Book of Stories

On Second Thoughts: A Book of Stories

An Exorcist Tells His Story