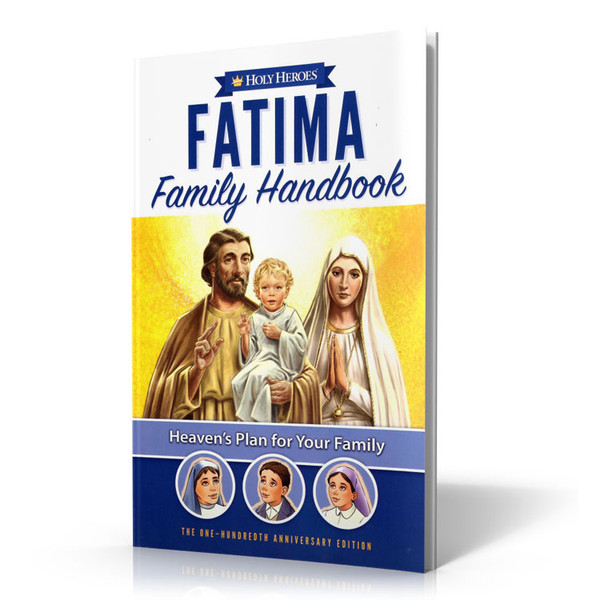 Learn Heaven’s plan for your family as revealed through the miraculous visits to Francisco, Jacinta, and Lucia near Fatima, Portugal in this 100th Anniversary Holy Heroes Fatima Family Handbook!

Written for children and adults, this practical book helps you respond to the requests of the heavenly messengers sent to 3 children 100 years ago.

Fully illustrated pages describe the history, words, and prayers of each of the apparitions from 1916–1917. Also contained are the messages and explanations from Our Lady and Jesus as they appeared over the following decades to Sister Lucia!

Praise for the Fatima Family Handbook

“A powerful read . . . invites families to take part in an adventure bigger than themselves.”

“Practical and yet inspiring book...Take this do-able ‘study’ as a family and open your hearts to the Fatima invitation to hope, mercy, and grace!”

“The Fatima Family Handbook is an excellent practical tool for families to commemorate the 100th anniversary of the apparitions of Fatima.”

Living the Message of Fatima

Living the Message of Fatima (Digital)

Shepherding the Family of God

In God We Trust Prayer Cards