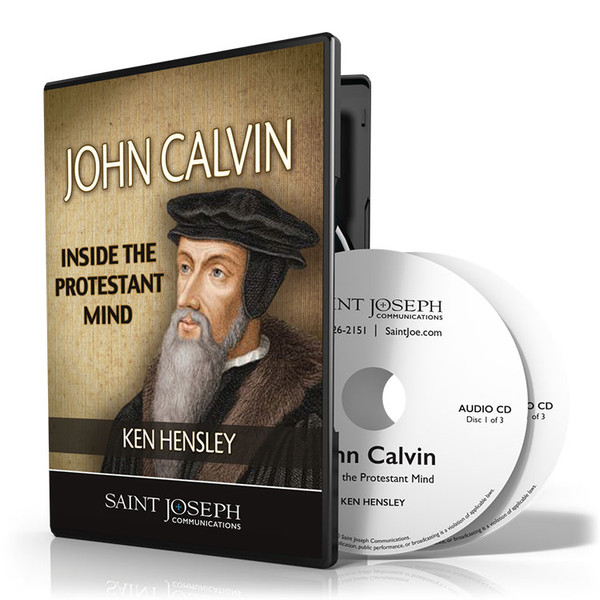 In the tradition of his best-selling series Luther: The Rest of the Story, former Protestant Pastor and Catholic convert Ken Hensley reveals the unvarnished truth about the life and teaching of John Calvin. Every bit as prominent a figure as Luther, Calvin's theology is even more significant.

In fact, according to Mr. Hensley,“If Luther's Theses was the Reformation's ‘Declaration of Independence’, then Calvin's theology was its ‘Constitution’.”

Also in this informative series, you'll discover the real reasons behind the Protestant Revolt—why it was not a particular heresy, nor a separate religion but rather a sweeping reaction against united spiritual authority. And how the echoes of that revolt still reverberate in Christianity today, especially Calvin's powerful theological influence on conservative, evangelical and fundamentalist Protestants.

An absolute must for everyone who has ever had a friend or loved one leave the Catholic Faith for Protestant Christianity, this CD series will empower you to really understand the 16th Century movement known as the “Reformation” and discover important insights about the way today's evangelical Bible Christians think and believe.

What you'll discover in this series:

Inside the Sacraments: The Holy Mass

Why A Protestant Pastor Became Catholic

Transformation In Christ: The Wisdom of St. John of the Cross (Digital)

The Resurrection: Myth or Miracle? (Digital)

A Voice From Calvary (Digital)