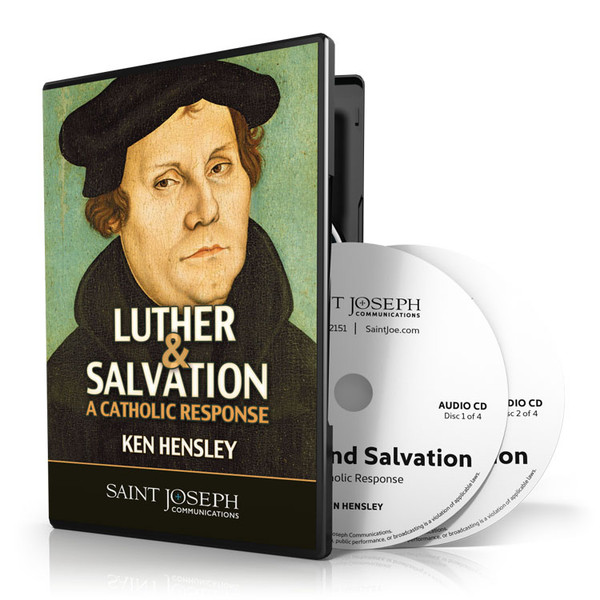 From his own writings, it is obvious that Martin Luther was a terribly tormented soul. As a young man, he struggled for perfection, believing that this was the way to please God. And while many Protestant historians blame Luther’s inner agony on Roman Catholicism, careful research indicates that much of this personal anguish stemmed from a harsh upbringing and a poor relationship with his own father. Such suffering appears to have distorted Luther’s image of God who he mistakenly misconstrued as a stern, unloving judge who could never be adequately satisfied.

Citing reliable Protestant historians and respected reformed theologians, as well as his own personal testimony, Ken Hensley imparts a thorough explanation regarding the Lutheran understanding on the topic of sola fide (by faith alone). Careful to make clear distinctions and site the subtle nuances as taught by later Reform scholars, you will soon discover that much of what Luther proposed simply does not correspond with the apostolic tradition as rooted in the Gospel and the Church’s 2000-year-old tradition.  Instead it's because this doctrine became “the unquestionable presupposition of the Protestant worldview,” it had to be protected at all costs—even though it twists and tortures other passages in the Bible!

A Mother's Words of Wisdom

Apologetics For The New Evangelization (Digital)