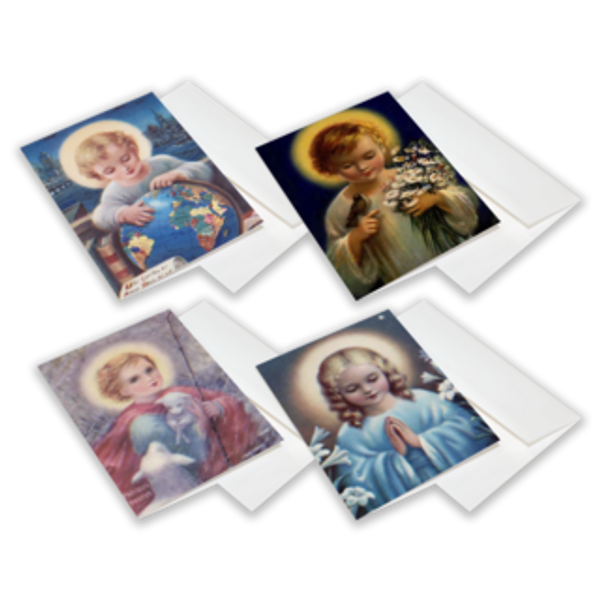 Mother Nealis Youth Series Cards - set of 12 (includes 3 cards of four images: 3 of the Christ Child and one of the Child Madonna) with Matching Envelopes. The cards and envelopes are made from 100% recycled paper. Single Card Dimensions: 4.5 X 6.

The Adoration of the Magi - Christmas Cards 10-Pack