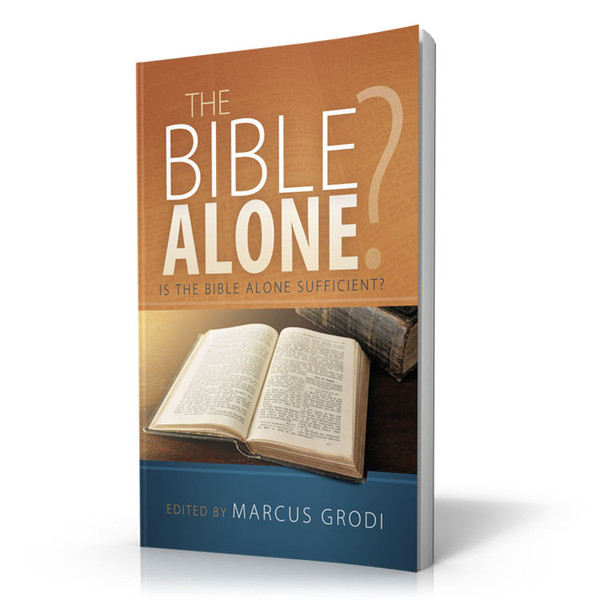 This is what countless Christians believe as they look to the Bible for a sure, sufficient source to form and guide their doctrines. But is this approach true and is it what Jesus intended? The Bible Alone? presents a competing look at the biblical roots, historical precedent, and logic behind using only the Bible as an infallible source of truth. This short book affirms the importance of Scripture as a divinely given foundation for our faith and also encourages the reader to consider the need for an authority established by Christ for its trustworthy interpretation.

Marcus Grodi and his wife Marilyn were both cradle Protestants. Marcus received his BS degree from Case Institute of Technology in Polymer Engineering and worked for six years as an engineer. During this time he was involved in a variety of Protestant youth and music ministries. He then received his Master of Divinity Degree from Gordon-Conwell Theological Seminary and was ordained to the Protestant pastoral ministry. During his more than fifteen years of youth, young adult, and pastoral ministry, his main emphasis was church and lay spiritual renewal. Marilyn, Marcus, and their two older sons, Jon Marc and Peter, were received into the Catholic Church on December 20, 1992. Their third son, Richard, entered through baptism. Marcus now serves as the Founder/President of The Coming Home Network International, a non-profit Catholic lay apostolate aimed at helping our separated brethren, both clergy and laity, come home to the Catholic Church. He also hosts The Journey Home, a weekly live television program, and Deep In Scripture, a weekly live radio program, both on EWTN. He is the author of Thoughts for the Journey Home, the novel How Firm a Foundation, and the editor/author of Journeys Home. He has taught courses in Catechetics, Youth Ministry, Leadership, and theology at Franciscan University of Steubenville and the Pontifical College Josephinum. He has written a regular article for The Catholic Answer magazine and other Catholic publications.

The Bible Made Me Do It (Digital)

The Bible and the Virgin Mary - Leader Guide

The Bible and the Virgin Mary - DVD Set

The Bible Made Me Do It (Digital)