Theology of the Body In One Hour 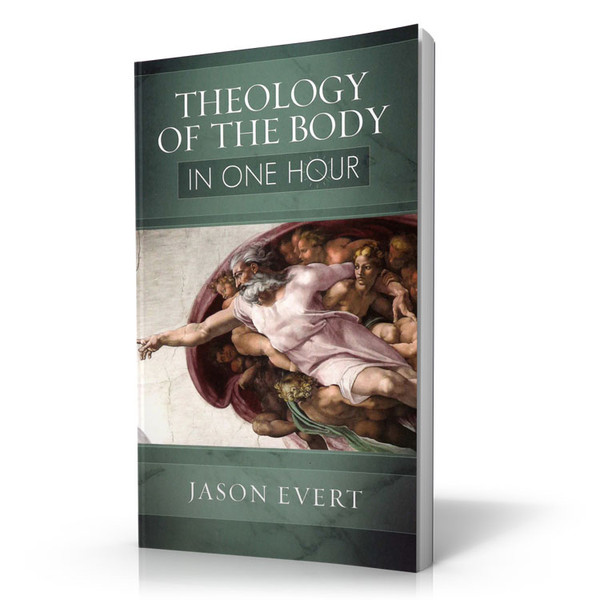 Theology of the Body In One Hour

The Theology of the Body is a popular name given to 129 Wednesday Audiences delivered by Pope John Paul II. His biographer described it as a “theological time bomb set to go off, with dramatic consequences, sometime in the third millennium of the Church.” There has been a tremendous amount of enthusiasm about the TOB, but when people attempt to read it, they are often discouraged because of how theologically dense it is. Even those who want to teach the TOB often have a difficult time explaining exactly what it is. This book offers a one-hour summary of the Pope’s teaching, which could be used in high school or college courses, adult faith formation programs, seminaries, etc . . . or by any person who leads a busy life but wants to learn about the TOB without getting a degree in theology.

There are TOB courses, textbooks, and retreats, but not much in terms of a concise summary aimed at a popular audience. In lieu of the cultural chaos regarding gender, marriage, and the family, Catholics now more than ever need a solid understanding of God’s plan for human love. The Church cannot afford for John Paul II’s contribution to wane. In many respects, Saint John Paul II was a visionary who saw decades in advance what the culture would need today, as an antidote to the confusion about what it means to be made male and female. This book fills that niche.

Jason Evert is an international speaker, prolific author, frequent guest on radio programs throughout the country, and has appeared on TV programs including Fox News, MSNBC, BBC, and EWTN. He is the co-founder of Chastity Project with his wife, Crystalina.

Wonder and the Prayerful Study of Theology

These Beautiful Bones: An Everyday Theology of the Body

Theology of Your Body CD

Heart Speaks to Heart: A Review of Life and Healing Prayer - The Inner Heart of My Faith Journal Second Edition.

Knowing the Love of God: Lessons from a Spiritual Master (Digital)

Wonder and the Prayerful Study of Theology