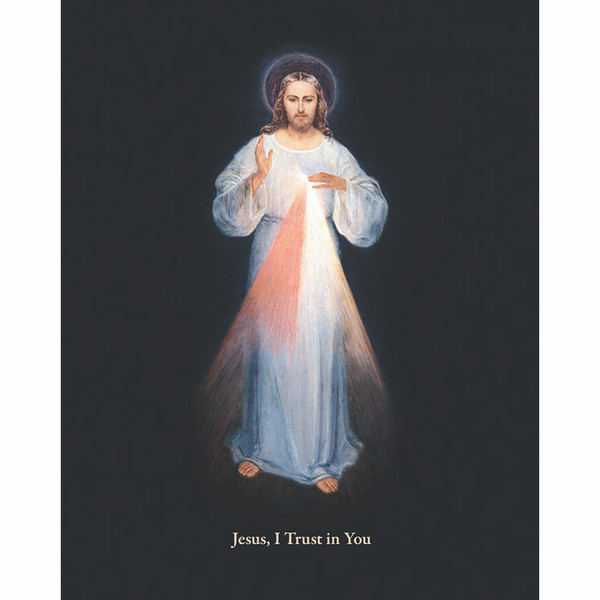 “Paint an image according to the pattern you see, with the signature: Jesus, I trust in You. I promise that the soul that will venerate this image will not perish.” So said Christ to St. Faustina when he appeared to her in 1931.

Under the supervision of St. Faustina Kowalska and her confessor, Bl. Fr. Michael Sopoćko, Polish artist Eugene Kazimirowski completed this image in Vilnius in 1934. The image was venerated publicly for the first time a year later during the closing celebration of the Jubilee of Redemption.

Since then, this image has become a staple in Catholic homes across the country. And now you can get it in an 8" x 10" canvas print!

Eugene Kazimirowski (1873–1939) was a Polish Realistic painter, best known for painting the first Divine Mercy image in 1934. Kazimirowski studied at the Kraków Academy of Fine Arts and continued his studies in Munich, Paris, and Rome. After World War I, he moved from Kraków to Wilno, where he taught at the Wilno Teacher Seminary and decorated theaters. He painted mostly landscapes and portraits. Sadly, most of his works were lost during World War II, but his Divine Mercy image remains

Note: This print is also available for purchase in a frame on this page.

The Power of The Divine Mercy Chaplet