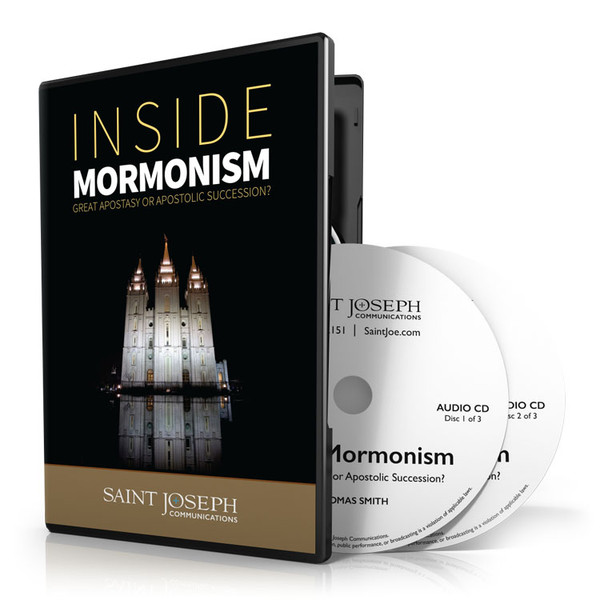 St. Peter tells us to “always be prepared to give an answer to everyone who asks you to give a reason for the hope that is in you. But do this with gentleness and respect” (1 Peter 3:15). This means that as Catholics, we have to be able and willing to respond to the challenges of the cults, which are pervasive in this country.

Unlike our Protestant seperated brethren who hold to many of our common beliefs as Catholics, such as the deity of Christ, the Holy Trinity, the necessity of God's grace for salvation, the bodily resurrection of Christ and many other beliefs, the kingdom of the cults deny one or more of these fundamental dogmas.

Thomas Smith was raised in The Church of Jesus Christ of Latter-day Saints and can trace his lineage back seven generations. In this talk, he shares his beliefs and incredible experiences as a Mormon missionary in Alabama and how this led him to convert and become a Protestant minister and later enter the Catholic Church.

Thomas shares important insights about the beliefs and practices of the Latter-Day Saints (also known as Mormons) and why many of today's Catholics are ill-prepared to respond to their challenge. He shares his own personal experience as a former Mormon and now-revert to the Catholic Faith.

Inside the Sacraments: The Holy Eucharist

Inside the Sacraments: The Holy Mass

Now Is the Time of Great Mercy

In Via || “Shield of Faith” Handmade Pendant

Luther: The Rest Of The Story (Digital)

Apologetics For The New Evangelization (Digital)