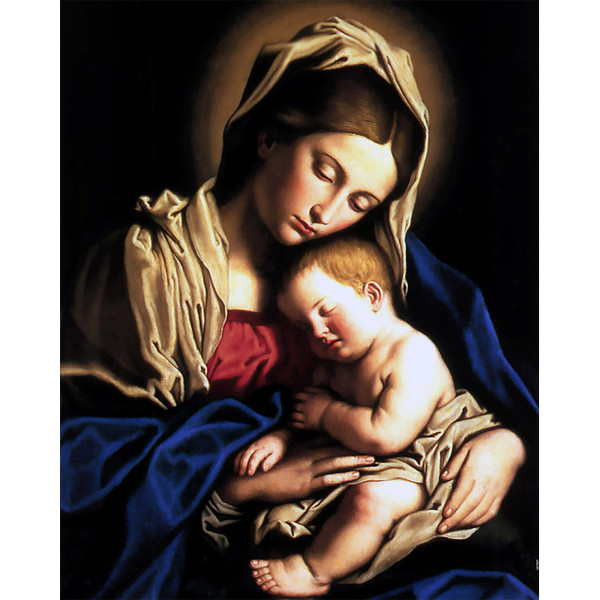 The Blessed Mother tenderly presses the sleeping Child Jesus against her, in this depiction of the Madonna by Sassoferrato.

Sassoferrato's reputation in 17th century art is built almost entirely on his paintings of the Madonna, executed with a remarkable simplicity of color and composition, almost entirely without background scenery or reference to Baroque or Classical forms. For those familiar with Sassoferrato's work, his true genius can be found in his ability to capture a vision of the Madonna with such exquisite beauty and devotion that set him apart from any other contemporaries. The same face appears with little variation in the major part of his tiny output and was to be imitated by successive generations of painters.