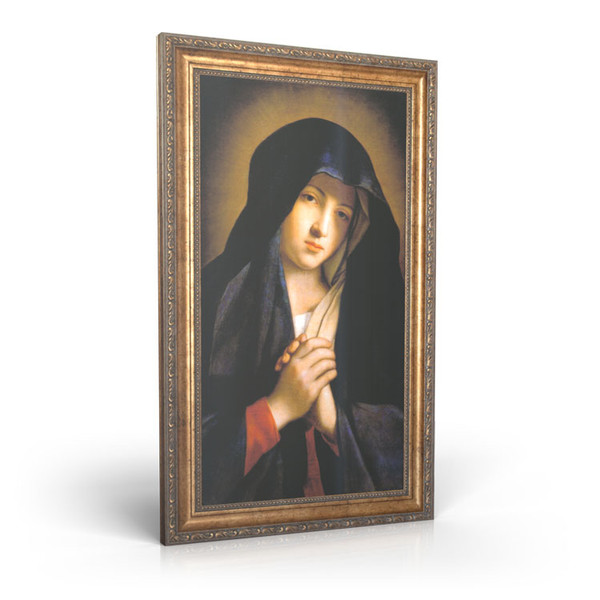 This sobering Baroque painting touches upon the sorrow of Our Blessed Mother as she mourns the death of her son.

Sassoferrato’s work was held in high regard through to the mid-19th century. His paintings were sometimes believed to be contemporary with the School of Raphael. However, by the late 19th century, reaction against sweet devotional art work was reinforced in England by the critical commentary of John Ruskin. The late 20th century saw a revival of interest in Italian Baroque archaizing painting, and appreciation of Sassoferrato was resurrected.