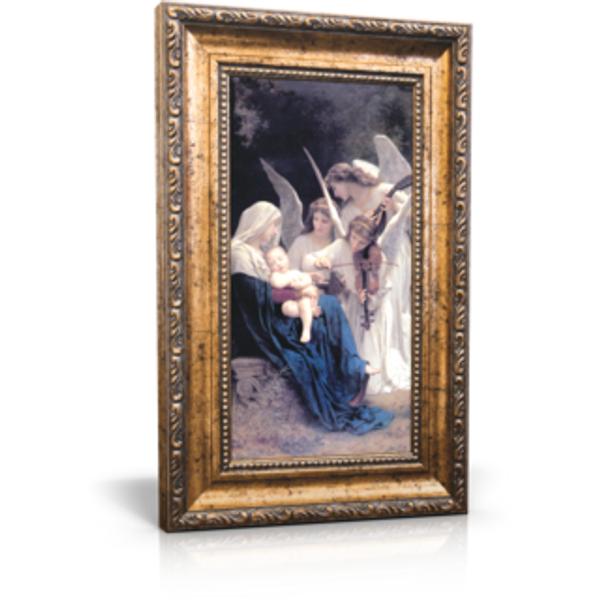 Virgin of the Angels (also known as Song of the Angels) depicts the peaceful Mary and baby Jesus asleep, surrounded by nature, as three angels play them a lullaby. All the figures are painted with beautiful, ethereal, perfection. The three angels in Vierge Aux Anges are also a foreshadowing of the nature of the Holy Trinity.

William-Adolphe Bouguereau (1825–1905) was a French academic painter and traditionalist. During his life, he enjoyed significant popularity in France and the United States, was given numerous official honors, and received top prices for his work. By the early twentieth century, Bouguereau and his art fell out of favor with the public, due in part to changing tastes. In the 1980s, a revival of interest in figure painting led to a rediscovery of Bouguereau and his work. Throughout the course of his life, Bouguereau executed 822 known finished paintings, although the whereabouts of many are still unknown.