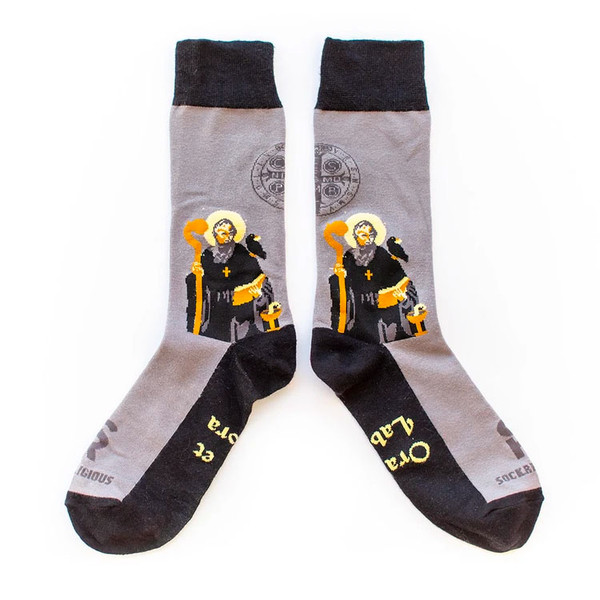 St. Benedict is best known for his “Rule of St. Benedict” and for founding twelve communities of monks. Tradionally, it is understood that St. Benedict was born to a Roman noble with his twin sister St. Scholastica. Though born into nobility, after spending a few years studying in Rome, St. Benedict left Rome and became a hermit for three years. After these years as a hermit (and after almost being poisoned by nearby monks), St. Benedict dedicated his life to the will of God and went on to found twelve monasteries including the one at Monte Cassino.

St. Benedict spent his life honoring the will of God, much like Christ did. We’re pleased to celebrate his life with these socks that depict him. They’re a wonderful reminder that we are always to follow the golden rule of St. Benedict, "Ora et Labora" (Pray and Work).

With Sock Religious, you can celebrate your faith in a stylish and comfy way—and they make a great gift for any sock-wearing Catholic in your life!