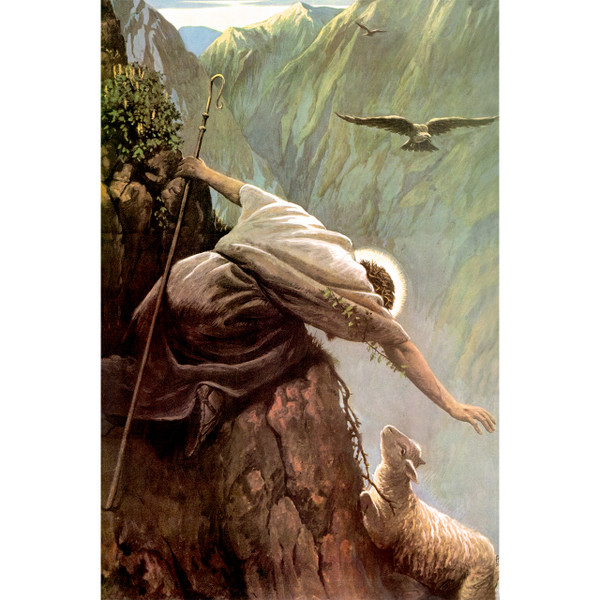 This striking painting by British artist Alfred Usher Soord depicts a sheep stranded halfway down a steep cliff and the shepherd hanging perilously over the edge, risking his own life to save it. This world-renowned painting was exhibited in 1898 in the Royal Academy. By 1916, over 300,000 reproductions of it had been sold in England and America; the work continues to be extremely popular more than a century after its creation.