To the Martyrs: A Reflection on the Supreme Christian Witness 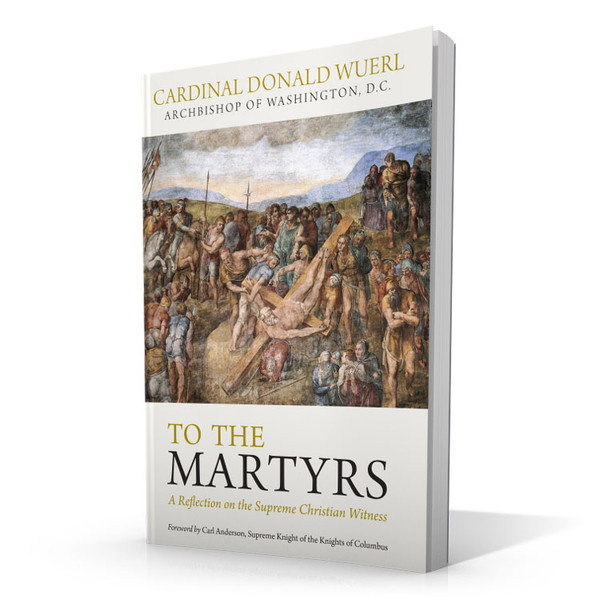 To the Martyrs: A Reflection on the Supreme Christian Witness

In many societies today, the utterance of a simple phrase, “I am a Christian,” is a crime punishable by death. So widespread is this persecution that Pope Francis called it a “third world war, waged piecemeal . . . a form of genocide.” In To the Martyrs: A Reflection on the Supreme Christian Witness, Cardinal Donald Wuerl urges solidarity with today’s persecuted Christians and recounts the recurrence of martyrdom throughout Church history. His Eminence’s poignant insight into the spirituality of martyrdom will challenge all Christians to courageously emulate the steadfast commitment of those who have followed Christ even unto death.

His Eminence Cardinal Donald Wuerl is the Archbishop of Washington, DC. He serves on the Vatican Congregation for the Doctrine of the Faith, the Congregation for Bishops, the Congregation for Clergy, the Pontifical Council for Promoting Christian Unity, the Pontifical Council for Culture, and the Administration of the Patrimony of the Apostolic See. During his decades-long ministry as a priest, bishop, and cardinal, His Eminence has had the privilege of working with refugees and other Christians who suffer religious persecution.

Praise for To the Martyrs

“Yes, sometimes ‘silence is golden,’ but not when it comes to the widespread vicious persecution of our brother and sister Christians around the world. It’s time to shout in defense of these innocent people who are tempted to wonder why their co-religionists around the world—us!—are so quiet.”

“Read this book, talk about this book, then write to your congressmen and senators. It is time that we took action on behalf of persecuted Christians.”

“Anyone interested in the future of the Church and in the enduring power of Christian witness ought to read this book.”

—Most Rev. Robert Barron, Auxiliary Bishop of the Archbishop of Los Angeles

Understanding "Our Father": Biblical Reflections on the Lord's Prayer

Christian Women In The Early Church And Their Powerful Witness

The Coming of Christ: Daily Reflections on the Season of Advent

The Luminous Mysteries: Biblical Reflections on the Life of Christ

How To Study The Bible (Digital)

Fire and Sword: The Crusades (DVD)

Preparing For The Spiritual Battle